In a scene from the film Field of Dreams, Shoeless Joe reminisces about being a ballplayer and asks farmer Ray Kinsella, “Have you ever held a ball or a glove to your face?” It’s obvious that the gloves Shoeless Joe is referencing in his question are the vintage-style baseball gloves used during the early 20th century. Those gloves were certain to have emitted the earthy aromas of infield dirt and outfield grass. Modern baseball and fastpitch gloves can certainly still stir up emotions from baseball’s rural origins. However, today’s ball gloves are becoming increasingly advanced in regard to their materials.

Rawlings is one of the companies championing the movement toward gloves displaying advanced synthetics. Within the last decade, they have really begun to push two new materials for their gloves: Speed Shell and Hyper Shell.

Speed Shell is a synthetic microfiber that Rawlings uses on select baseball and fastpitch ball gloves. They use this material in the form of inserts to replace multiple sections of leather on the finger backings and thumb backing of a glove or mitt.

In regard to its look, Speed Shell material will appear like the black portions shown on the back of the glove below…

Rawlings advertises that Speed Shell is able to lower the weight on a glove by up to 15 percent. It is difficult to project how much that lighter weight will aid a baseball or fastpitch player in their ability to catch and field a ball. However, a light glove will give a player increased agileness when fielding and it should assist when making a last-second glove adjustment on a bad hop. As well, lightweight gloves will be less of a burden to carry around at your side during a double-header on the hottest day of the summer.

Just like the Speed Shell gloves, Rawlings’ Hyper Shell models will feature a backing that is going to be constructed of what Rawlings calls a “microfiber” material. However, Hyper Shell material will display a “carbon weave” structure that makes it look considerably different from Speed Shell. An up-close look of Hyper Shell is below…

Regarding benefits, the Hyper Shell is going to offer the same advantages as Speed Shell. Mainly, it should lighten up the glove by up to 15%. In addition, this design has been pro player approved as Bryce Harper has been seen rocking Hyper Shell on the backing of of his BH3 model shown below…

What About Mesh Baseball Gloves?

Before Rawlings offered Speed Shell-backed or Hyper Shell-backed gloves to the public, Rawlings sold models that featured a mesh backing. Mesh was able to provide a material that was a little lighter than leather and easier to break in. The pliability of mesh has made this material extremely attractive to ball players looking to get a glove in game-ready shape in a short amount of time. 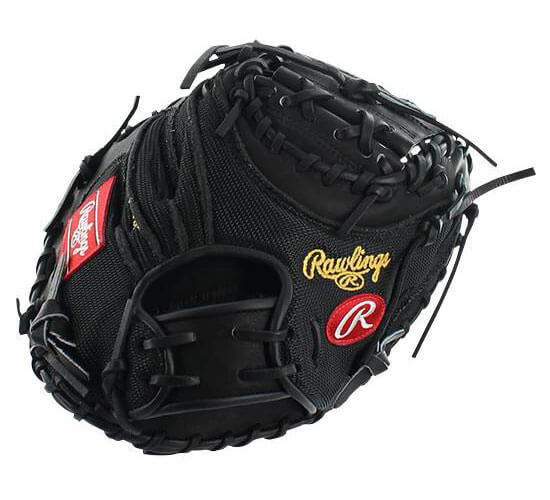 [If You Look Closely, You’ll Notice The Mesh Backing On
The Yadier Molina Mitt We Used To Carry At JustGloves]

Despite being a fabric, mesh material has proven to deliver a decent amount of durability on a glove. But when you compare it to Speed and Hyper Shell material, the mesh won’t be able to maintain a glove-like structure as well. In other words, mesh-backed gloves will start to get floppy much sooner than Hyper Shell, Speed Shell and even all-leather gloves

Believe it or not, Rawlings has even more materials that they offer as backings on their baseball and fastpitch gloves.

One of the slickest offerings is the Croc Skin imprint. Rawlings has added this look to their Heart of the Hide and Pro Preferred gloves. This design will be imprinted into the existing leather of the glove to make it look like crocodile skin (you might be wondering, but no, real crocodile skin won’t be used). The Croc Skin feature will purely add a cosmetic flair and won’t present a performance advantage. Check out a Rawlings Croc Skin baseball glove below…

And it would be remiss of us if we did not mention Rawlings’ Carbon 3D Printed backing for their REV1X gloves. This material is synthetic and built so that it can be shaped to a player’s specifications. However, the make-up of the 3D Printed backing should prevent it from breaking down like regular ball glove leather.

The early word on the REV1Xs is that they are playable right away. Francisco Lindor was one of the first MLB players to test out a REV1X glove during Spring Training of 2021. It was said that he got the glove one day and took it into a Spring Training game the following afternoon. Rawlings Senior Director of Ball Gloves, Ryan Farrar, said simply, “That never happens”. 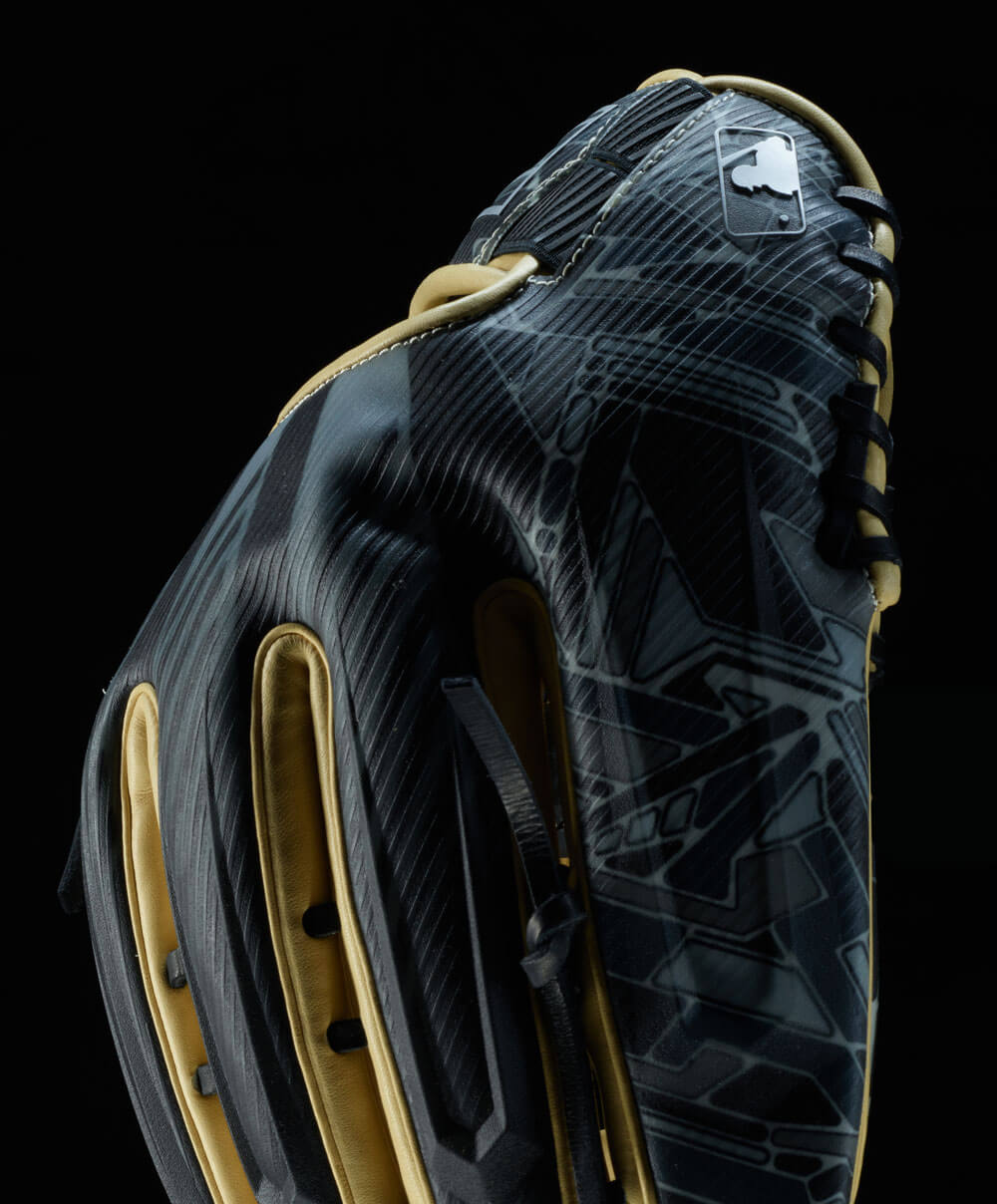 You are now officially an expert on Rawlings’ Hyper Shell and Speed Shell (plus a few more of their glove materials too). If you have an interest in picking up one of these gloves or mitts from us, definitely do not hesitate to reach out to our trained team of Glove Experts. They can be called at 866-321-4568, emailed at experts@justgloves.com or you can reach them through our chat feature right here!

Filed Under: Baseball Baseball Gloves Industry News Products Technology & Terminology
Chat Us
You can compare a maximum of four items.
Please remove one item to add another.
Add up to 4 items to compare.
Show Comparison
ERRR