The History Of Baseball Gloves 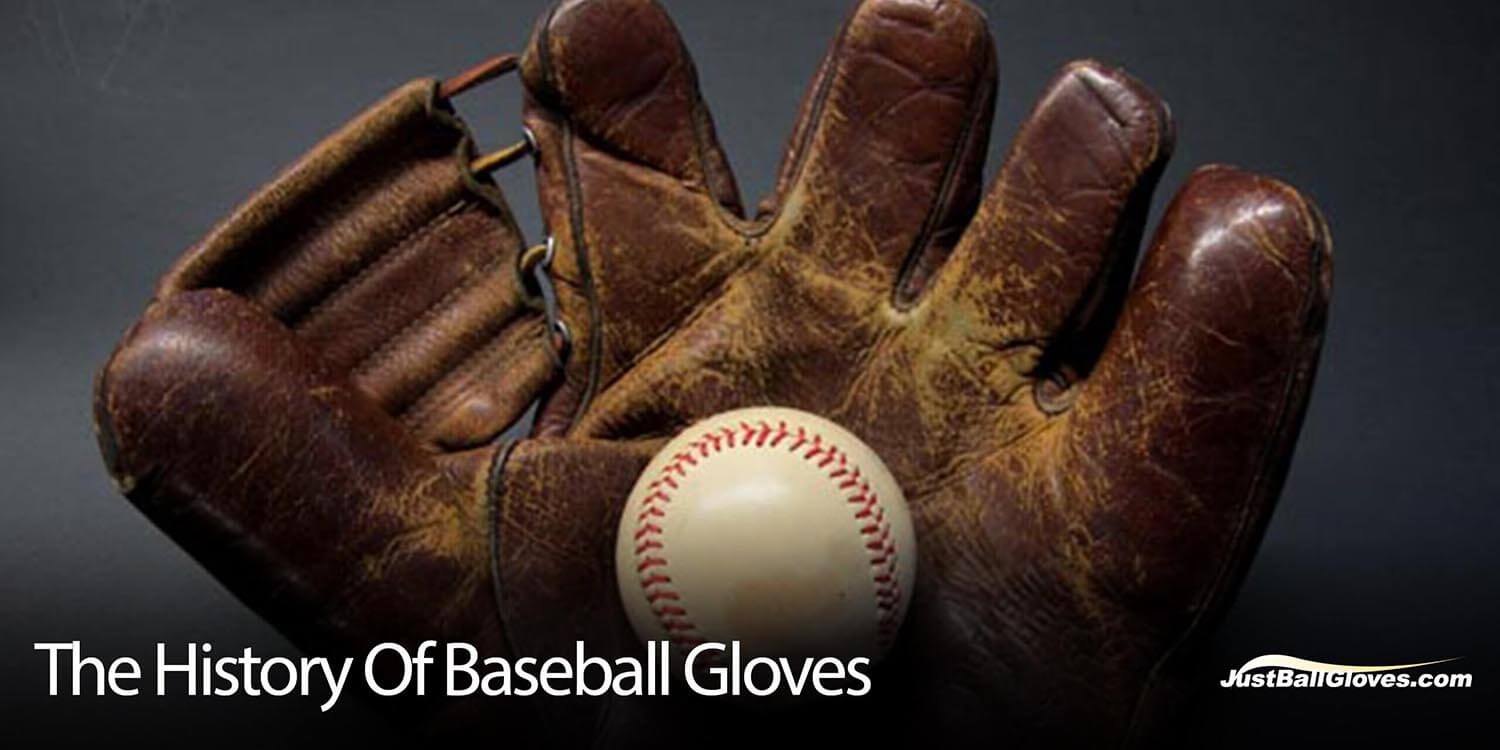 These are the words that might be used to describe the coolest baseball glove in your dugout.

But, these useful pieces of equipment are much more than colors and designs. Do you know the history of baseball gloves? JustGloves.com chronicles how gloves were invented, crafted, and stitched into history.

What did old ballplayers use back in the day? Well, nothing. Players would use their bare hands up until the late 1800’s. And to make things even tougher on their hands, gloves were actually discouraged as you were considered "weak" if you wore a glove in baseball's early days.

Finally, in 1870, Doug Allison wore a pair of buckskin mittens to handle the position of catcher. These mittens not only protected his hands but offered him a competitive advantage as they allowed him to stand much closer to the batter while other catchers stood quite a ways back from the batter (in order to protect their hands from the high velocity of pitches being thrown to them). And then 5 years later, Charlie Waitt of the St. Louis Brown Stockings, brought out a half-fingered glove to first base to help him handle sharp throws from his infielders.

Does the name Spalding sound familiar? Before becoming a sporting goods tycoon, Albert Spalding was a star pitcher for the Boston Red Stockings in the 1870s. During his final playing days in 1877, he was making the move from the mound to first base. He made a similar decision to Charlie Waitt and decided to throw on a glove while defending first base.

Some speculate that Albert Spalding had business profits in mind when he sported a glove over at first base. He already had a fledgling sporting goods business and he was selling specially designed ballgloves for baseball players. Along with other products, ballgloves would help take his sporting goods business to incredible heights. And to this day, "Spalding" is a name well-recognized across multiple sports.

With the help of Allison, Waitt and Spalding; baseball gloves were the norm by the turn of the 20th century.

Things then moved slowly in regard to baseball glove innovation. Finally, in 1920, a St. Louis Cardinals'pitcher named Bill Doak came up with a design to replace the crude webbing that had existed in gloves. He created a web with a system of reliable and sturdy straps. This advancement would increase the catching area of the glove and also help create what is now known as the "pocket" of the glove (section of glove that sits right below the web and is the most advantageous spot for catching a baseball). For the first time in baseball history, players didn’t have to catch the ball with their palms. This new web design allowed defenders to be much more proficient at catching. Thus improving their ability to transfer the ball to their throwing hand and subsequently increasing their throwing accuracy too. 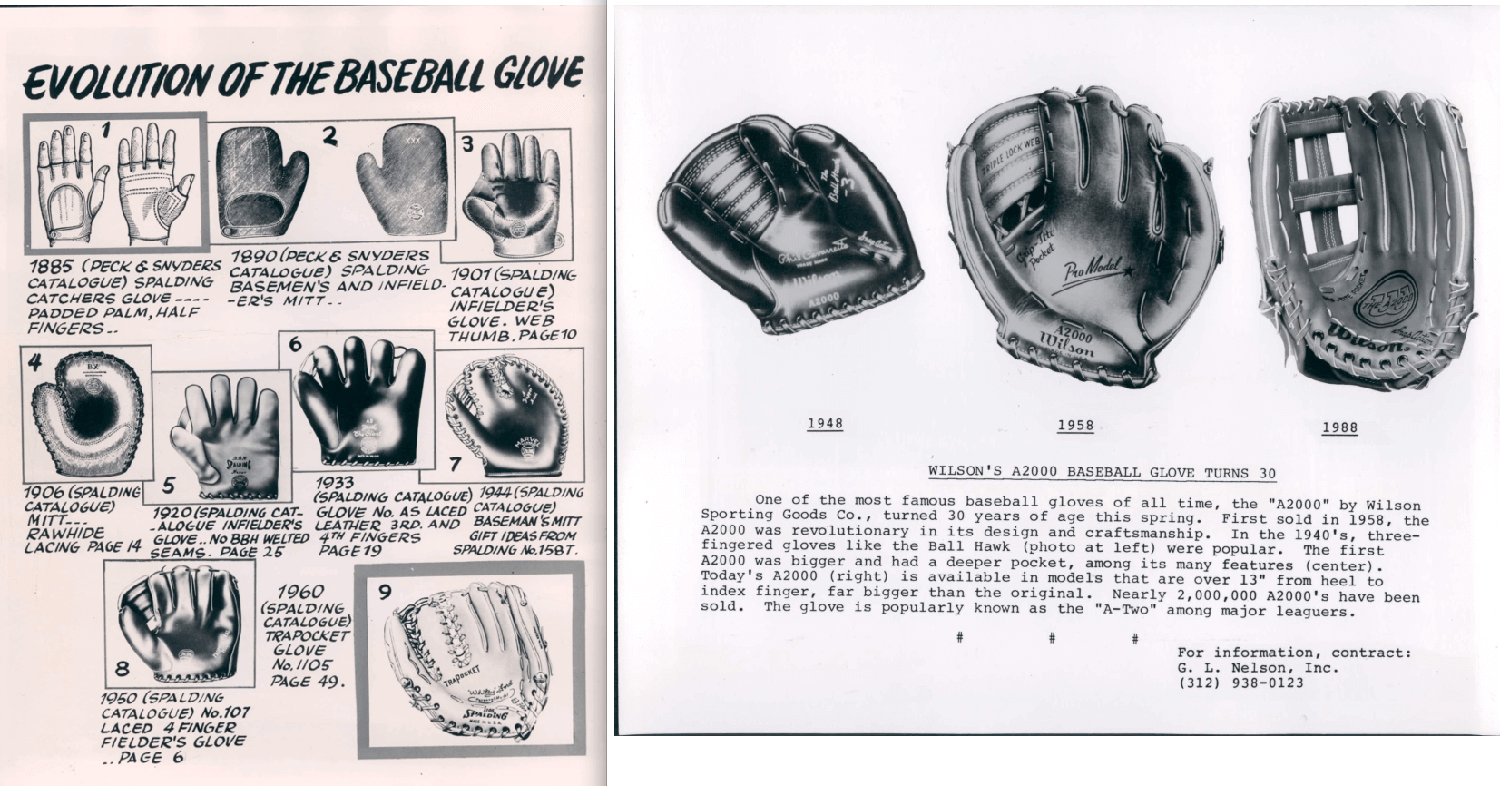 Doak went on to patent his design and sell it to Rawlings. (Ever heard of them?) Rawlings took this design and ran with it, surpassing Albert Spalding as the go-to glove provider during that era. Fast-forward and Rawlings is now the glove provider of over 50% of professional ballplayers today.

What happened next? Competition. Enter Thomas E. Wilson and his own Wilson-brand baseball gloves. Wilson launched their first catcher’s mitt in 1922. It was called the Ray Schalk catcher’s mitt and would go on to set the standard for design, comfort, and padding.

Then, in 1957, Wilson created a very popular model of baseball glove called the A2000. The A2000 had a deeper pocket and closed shut like a pair of jaws. Now, infielders and outfielders were snatching grounders and fly balls with ultimate ease. This specific line of glove might have played a factor in why no batter has been able to surpass the .400 batting average mark since it was released.

After a decade of tweaking and testing, Wilson got his glove to be 5-10 ounces lighter than any of his rivals. Wilson gloves had breathability, durability, and foam-like padding. All things that the competition was missing out on. Today, Wilson continues to be a star of the glove market with 3 high-quality series of baseball gloves: the A2K, the A2000 and the A1K.

While Rawlings and Wilson remain two top glove brands, others helped to evolve the glove too. Mizuno Corporation was founded in 1906 by Rihachi Mizuno in Japan. By 1913, Mizuno was producing high-quality baseball gloves. Slowly, Mizuno's high level of craftsmanship and new glove technology was introduced to baseball players in the United States. During the latter half of the 20th century, Mizuno had become a baseball glove giant not only in Japan and the United States but throughout the world as well. To this day, you can find tons of Mizuno gloves listed on the JustGloves site. 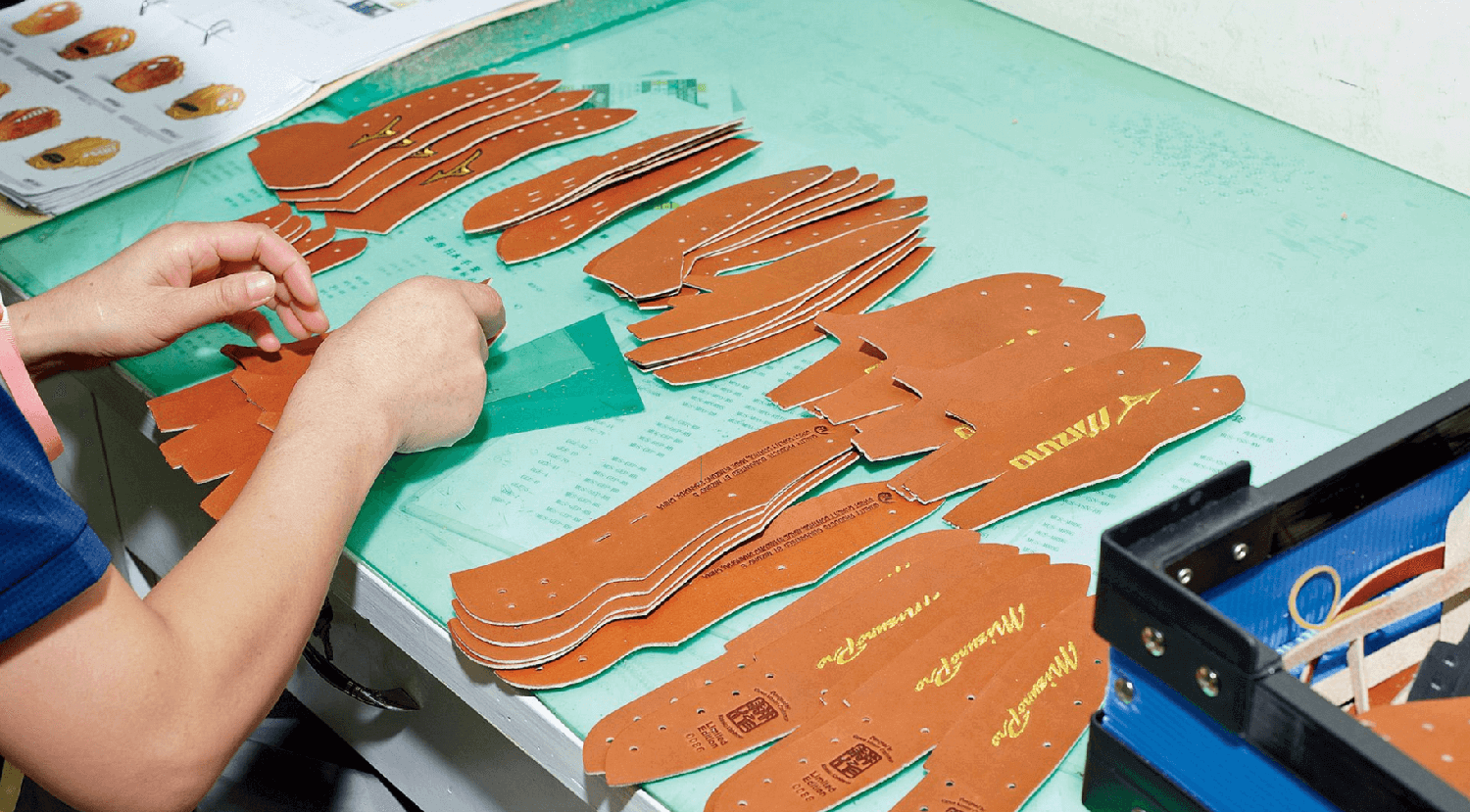 One of Mizuno’s most popular offerings is their Mizuno Prospect Series for young ballplayers. They say for the price you get one of the best gloves when you settle in with a Prospect. The V-Flex notch helps initiate the closure of the glove. And don’t forget, Mizuno has a patent on their “ Power Close” technology that helps you close the glove and catch the ball like no other.

Another big player in the ball glove game came into play during the 1930s in Nocona, TX. Nokona is known for its elite handmade glove construction.

The Storey family founded Nokona and has kept the company family-oriented ever since. The Nokona business plan is simple, yet tedious. The company buys raw materials in the United States and employs highly skilled leather crafters in the small town of Nocona, Texas. These elite gloves are assembled by hand from more than 20 individual pieces of leather.

What's your favorite glove? Did you know the history of gloves before this article? Let us know in the comments.

If you have any questions about baseball gloves or softball gloves, please give our Glove Experts a call at 866-321-4568 or  Live Chat now. They are available and will be there for you from click to catch!

Filed Under: Baseball Gloves
Chat Us
You can compare a maximum of four items.
Please remove one item to add another.
Add up to 4 items to compare.
Show Comparison
ERRR