Tips to Become a Better Fielder

Defense. The one aspect of baseball and softball with an expected outcome. A ground ball to the shortstop... Should be an out. A fly ball to the right fielder... Should be an out. A sacrifice bunt back to the pitcher… Should definitely be an out. However, anyone that has ever watched the game knows this isn’t always the case. And anyone that has ever played the game can name you a player or two that they certainly didn’t want the ball hit to.

Luckily for you, we’ve been around this game for a long time and we have identified the most important factors to focus on if you want to become a better fielder. Refine these crucial elements and the sky's the limit. But before you are able to turn scout’s heads, take the field under the lights, and have your Web Gems “break the internet” you’ll wanna take the time to read the five most important tips to becoming a better defensive player.

Anticipation - The Art of Pre-Pitch Analysis

Understanding the situation, then forecasting the most likely outcomes of each at-bat is paramount for any player to develop into a great defender. There are standard principles such as where are the baserunners, how many outs are there, and which base to throw it to if the ball is hit to you. But we want to take this a step further because we want you to become the best fielder you can be.

So let’s take a quick look at a simple example of how to use anticipation to your advantage. Your team has a flamethrower on the bump. The opposition is at the bottom of the batting order. These at-bats will pit high-velocity pitches against slower bat speeds. The most likely scenario here is that the ball will be put in play to the opposite field. You, as a fielder, can either (pre-pitch) shade that way a few steps or simply anticipate moving that way on contact. It may not seem like much but you’ll be shocked at how many outs you can steal just from pre-pitch anticipation.

Players looking to further their game beyond generic scenarios can make a mental note of what each opposing player has done in their previous at-bats. This will allow for your anticipation to be fluid and customized to take away each opposing hitter’s strengths. Refining the ability to focus throughout the game is a difficult task, especially for younger players. However, mastering pre-pitch anticipation will certainly catch the attention of your coaches and make you a pitcher’s best friend.

Preparation - Do the Little Things

Now that you have anticipated it’s time to prepare. Outfielders, apologies, but there isn’t much for you to do other than to get in an athletic stance and make sure that your sightlines to the hitter are clear. Infielders, it’s slightly more complicated. We’ll speak to just the infielders for a moment now.

Many coaches refer to the proper infielder pre-pitch routine as the ‘ready’ position. There is a multitude of different ways to coach this but the general premise is simple. Get your body moving with the pitcher’s wind-up, position yourself in an athletic position (on the balls of your feet) and present your glove in front of your body. Let’s break these down.

As the pitcher begins their delivery you want to move subtly towards the hitter. The reasoning is straightforward. By moving with the pitch, you avoid being stagnant on contact and thus allowing your first step to be quick and effective. (Note: Some players opt to rock back and forth like a tennis player which is perfectly fine, but just be sure to find yourself in an explosive position when the ball is thrown.)

Positioning your body athletically, with a slight bend in your knees and waist, will further increase the effectiveness of your first step. By bending your knees they will serve as a spring to propel you in the direction of the ball. Also, bending at the waist keeps your head from switching vertical planes on contact, allowing for your eyes to track the ball more precisely.

The final step is also the first time we mention the word ‘glove.’ Pretty amazing when you think about it. We are talking about defense, right?  It is a great reminder that becoming an elite defender requires you to master the little things that go unseen. So let’s present that glove, palm-up, and away from your body. This is a delicate reminder to field the ball away from your body and to always let your glove lead you to the ball.

Honing both of these first two skills will do wonders for any fielder looking to get better at their craft. But you’re not reading this if you’re satisfied with just ‘good’ so let’s keep at it!

Eyes - Use the Supercomputer in Your Head

Crack! The ball has just been hit. You know you need to do something, but what? Well, you can’t field what you can’t see so make sure you locate the ball off the bat. Fortunately for most fielders, higher levels of baseball are beginning to  ban white bats  from play.

Trust your eyes. The human brain has an innate ability to process massive amounts of information from sight alone. This allows us to develop ball trajectories and projections within milliseconds. So if you trust your eyes and track the ball you will be amazed at the plays you can make.

But those plays aren’t just made by watching things. Let’s get moving! 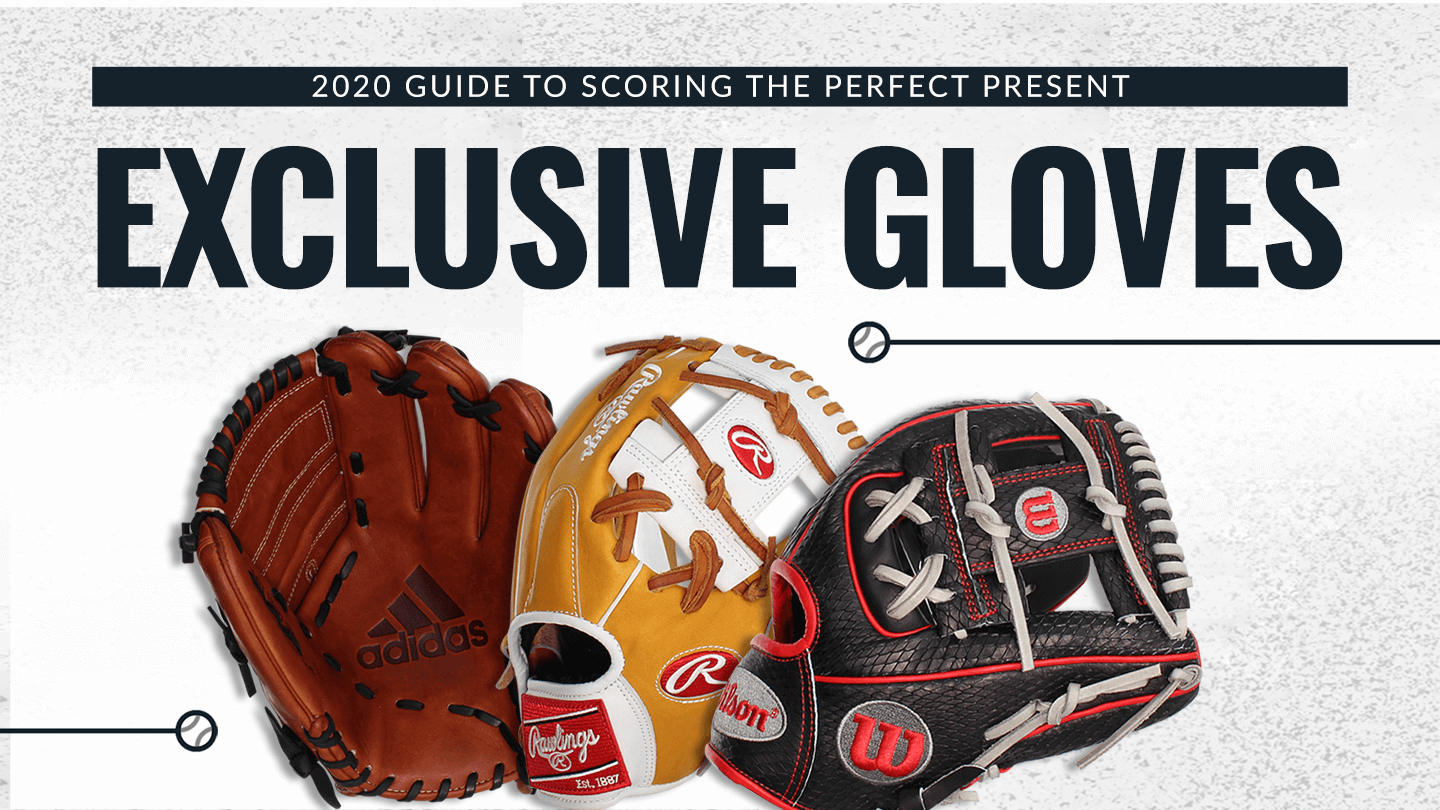 Footwork - Explode to the Ball

Your first step is the most important. Reacting incorrectly can put even the best defenders in a bind. Stepping in the wrong direction doesn’t just cost you one step but it also costs you the step back to your initial position and then another step in the right direction. So take your time to make your assessment and let’s go make the play.

On a ball hit to your right, explode off your right foot and follow that with a left-footed crossover. This is yet another reason why it is important to find yourself in a proper ‘ready’ position. Failing to do so can cause any player to ‘false step.’ This occurs when a player’s first movement is to pull their (right, in this case) foot under their body before crossing over with their left. The result is a complete lack of lateral movement and wasted precious moments. To avoid this, practice starting in an athletic position with an obstacle or marking on the ground between your legs. Then, as quickly as you can, perform the correct crossover without interfering with the marking under your body. You’ll be amazed at how much range false steps might be costing you.

Any ball hit in front of a fielder should be reacted with an immediate step forward. The reasoning here is two-fold. First, by moving forward on contact a fielder will be able to initialize the optimal route to the ball and limit the time for baserunners to advance safely. Second, this movement will open up more options (short hop or big hop) for the fielder and ultimately give them the chance to avoid the dreaded, error-inducing, in-between hop.

And in the scenario of a ball being hit over a fielder’s head, a drop-step is the necessary movement. You can perform this by dropping your lead leg backward, turning your hips, and beginning to run/jog at the appropriate speed. A great drill for this is to have another player/coach/parent stand about 30-40 feet away and simply toss balls overhead to your left, right, and directly behind you. Be sure to avoid false steps and think about the importance of opening your hips and harnessing power from your second leg.

Considering how much area seven (sorry pitchers and catchers) fielders are asked to cover, it’s easy to see why a great defensive player’s footwork is so important.

Alright alright alright. Now we’re to the meat and potatoes! Not so fast. If glovework was a food, it would be the icing on a cake. The cheese on a hamburger. The mustard on a dog. It’s nothing without the previous steps. But at the same time, it’s the last and most tasty step. It is the skill that will take you into another stratosphere when it comes to flashing the leather. It’s how Ozzie Smith found himself in Cooperstown and why Omar Vizquel’s name continues to rise on the Hall of Fame ballot. They have somewhat pedestrian career batting averages of .262 and .272, respectively. But when you watched them field a ball, they were the best player on the diamond.

Let’s be quick, clean, and consistent. Being quick with your glove means that you are attacking the ball. By attacking the ball, you are in control of the potential outcomes. You avoid being forced to react to an instantaneous change in the ball’s direction. Instead, you dictate the terms in which the play transpires. The best way to work on this is to field ‘through the ball.’ Present your glove palm-up and extend both of your arms away from your body, towards the ball, as you finish the fielding process. Your non-glove hand is there to help secure the ball and cover any last-second high bounces.

Quick Tip: A short hop can be a fielder’s worst enemy or best friend. To create the ladder, find a wall and throw a ball against it so that it comes back to you in the form of a short hop. Keep your eyes down, work through the ball, and practice this until you’ve mastered it.

Having the mindset of being clean will help to slow down your internal clock and (hopefully) keeping you from rushing through the fielding process. As players progress to higher levels so does the importance of avoiding any bobbles. Another word for this is smooth. The aforementioned Smith and Vizquel were some of the smoothest to ever do it. Check out (then) 52-year old Omar Vizquel’s transfers:

We understand that not everyone is going to win a Gold Glove, but hey, someone has to, right? Why not you? Hope you enjoyed these tips! Make sure to check out all of the top gloves on the market available over at JustGloves.

Filed Under: Gloves How To Training
You can compare a maximum of four items.
Please remove one item to add another.
Add up to 4 items to compare.
Compare (0 of 4) Show Comparison
ERRR