Towards the end of the movie Moneyball while the A’s GM, Billy Beane, is pouring over video of his minor leaguers, he rhetorically asks his assistant Peter Brand, “How can you not be romantic about baseball?”

This question is even more relevant when you move away from watching highlights of players showing off glove leather and start thinking about the names of baseball teams past and present. Over the 150+ years that “Major League Baseball” has existed, there have been over 200 names used for the teams that have played in the highest league of competitive baseball. Many championships have been won by numerous different teams. And chances are that those victories would have been made regardless of the names of the squads. However, the successes are much sweeter when you are able to attach them to a unifying team name.

JustGloves has worked to identify the best baseball team names that have been used over the past 150 years. We created 5 categories that we think will capture some of the most classic and creative names that baseball teams have competed under.

Once we determined the front runners for each category, we created a system for rating the finalists to make the results less arbitrary. Teams could earn as many points as they qualified for under the parameters listed below:

Finally, we added up all of the points earned to give a final rating number for each team name. Let’s see the results… 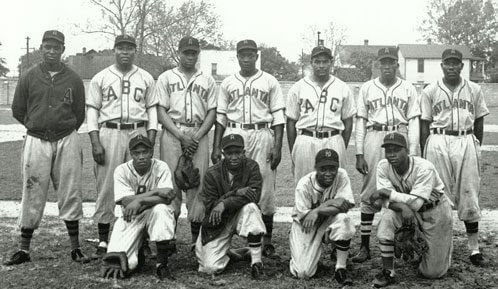 [The Atlanta Black Crackers Only Had Marginal Success, But Their Name Was Not Lacking In Character]

Notes - The Waldoboro Maineiacs were a high school summer team that only competed for one season in 2020. The name was too good to pass up though | The Green Bay Booyah now competes under the name, Green Bay Rockers.

Notes - The Osos Have Been In And Out Of Existence On 3 Separate Occasions. They are currently defunct, but there’s reason to believe they could be back someday.

This marks the end of our ratings for what we believe are the best baseball team names that have existed! But if you’re just trying to brainstorm a name for your summer league team, then take a look at the list below. We believe that these are some of the best names out there for a baseball team. No matter if you’re living on a beach or farm, we think that you’ll be able to use the list below to think of a team name that will be unique to the area in which you are living…

We hope that you’ve enjoyed reading through our baseball team name ratings and were able to get some inspiration if you are trying to think up a name for your own baseball team. Once you get your squad's name figured out, you might have some questions about gloves. Feel free to contact our trained glove experts by phone at 866-321-4568, by email at experts@justgloves.com or through our chat feature!

Filed Under: Baseball Lists
Chat Us
You can compare a maximum of four items.
Please remove one item to add another.
Add up to 4 items to compare.
Show Comparison
ERRR