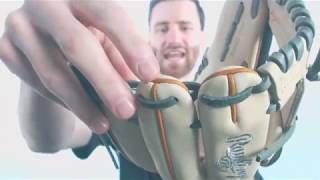 *This item is ineligible for promotions due to manufacturer pricing restrictions.
Add to Cart
FAST, FREE SHIPPING ON ALL ORDERS!

Glove Benefits
The Pro NP pattern on this Rawlings Heart of the Hide baseball glove gives you the perfect advantage over the ball, while the Pro I web helps you to transfer the ball from glove to hand faster and more efficiently, helping you to make the most of your plays. And with a percent player break-in, you'll be out on the field in no time.

Warranty
Rawlings has been making high quality gloves for many years. Because of that, they know that they must take care of customers. All Rawlings gloves have a twelve (12) month warranty from the purchase date. Be sure to note that the warranty does not cover gloves that have been microwaved, gloves that have been placed in an oven, over-oiled gloves -or- gloves with broken laces. If you feel you have a warranty issue with the Rawlings glove you purchased from JustGloves, please reach out to the Glove Experts, They can get you the product information needed to begin a warranty return to Rawlings. The Glove Experts can be reached on PHONE at 1-866-321-4568, EMAIL via support@justgloves.com or by CHAT if you click into the chat box in the bottom right corner of this page.

Post a Review
No results. If you searched for a specific term, please broaden your search. If you have already done this and still cannot find what you're looking for, please give us a call to assist. Thanks!

Have a question about the Rawlings Heart of the Hide 11.5" Baseball Glove: PRONP4-2CBT? Ask our team of experts and they will respond within 24 hours.

Ask a Question or
Would this glove fit an 11u player?
JN
The Rawlings Heart of the Hide 11.5" Baseball Glove: PRONP4-2CBT would most likely be too large for an 11U baseball player. It is designed for high school and adult players, so the hand fit is probably going to be too big on an 11U player.
Tori
No results. If you searched for a specific term, please broaden your search. If you have already done this and still cannot find what you're looking for, please submit your question and we'll get back to you within 24 hours. Thanks!

Rawlings is a major manufacturer of competitive team sports equipment and apparel for baseball, basketball, and football, as well as licensed MLB, NFL, and NCAA retail products. Rawlings is a major supplier to professional, collegiate, interscholastic and amateur organizations worldwide, including the Official Baseball Supplier to Major League Baseball.

The first real innovation in glove making occurred in 1912 when Rawlings Sporting Goods Company introduced the "Sure Catch" glove, which was "endorsed by leading players all over the country." The Sure Catch was a one-piece glove with sewn-in finger channels and looked better suited for a duck's foot than a man's hand. Catchers' mitts used at the time were large and bulky with a single leather thong passing for a web.

In 1920, Bill Doak, a journeyman pitcher for the St. Louis Cardinals, approached Rawlings with an idea for improving the baseball glove from a mere protective device to a genuine aid in fielding. The "Bill Doak" model was so revolutionary that it stayed in Rawlings' line until 1953. Its key feature was a multi-thong web laced into the first finger and thumb, which created for the first time in baseball's young life, a natural pocket.

In 1925, Rawlings unveiled a three-fingered fielder's glove, and ten years later improved the Bill Doak model with a two-piece leather web. At the same time, the "T" web became a rage for first basemen's mitts. The pocket underwent a pronounced change in 1941 when the Trapper Mitt, also known as the Claw, appeared. The "Deep Well" pocket was so unique that Rawlings quickly patented it. The design was improved in 1950 by adding a leather piece across the top. Another significant creation occurred in 1948 with the three-fingered Playmaker. A five-fingered fielder's model, with all fingers laced together, provided greater pocket control.

The six-fingered Trap-Eze evolved in the 1960's. In more recent years, Rawlings produced the Fastback design, which gives a glove a snugger fit, greater extension, and overall control. The Holdster is a slot through which a finger can be extended for additional protection from impacts on the pocket. Then, there is the Edge-U-Cated Heel with its extended U-shaped lacing and the Pro H Web and much-copied Basket Web.

Some of Rawlings more recent glove innovations also include the unique Spin-Stopper design which reduces ball spin when the ball hits the glove, and the Cantilever glove design feature that provides a cushioned area between the hand and the glove's palm area. In all, Rawlings has produced and patented more functionally innovative glove features and designs than that of any other glove manufacturer. The result is that the modern baseball glove is much larger, more comfortable, better padded and made to last far longer than its ancestors. It is not uncommon to see today's Major League players wearing the same Rawlings' glove they wore during their college playing days. In fact, Rawlings is the #1 glove in the major leagues. Rawlings maintains about 65 models of baseball and softball mitts and gloves in its line. The prototypes of virtually all of them have been field tested by professionals before entering a sporting goods dealer's inventory. 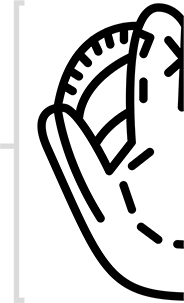 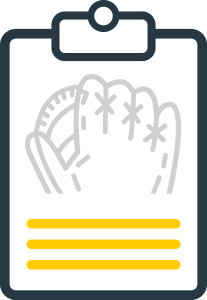 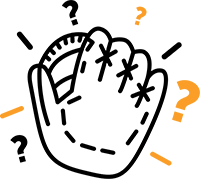 Once these points have been confirmed, simply give our Glove Experts a call at 1-866-321-4568, email us at support@justballgloves.com, or Live Chat. 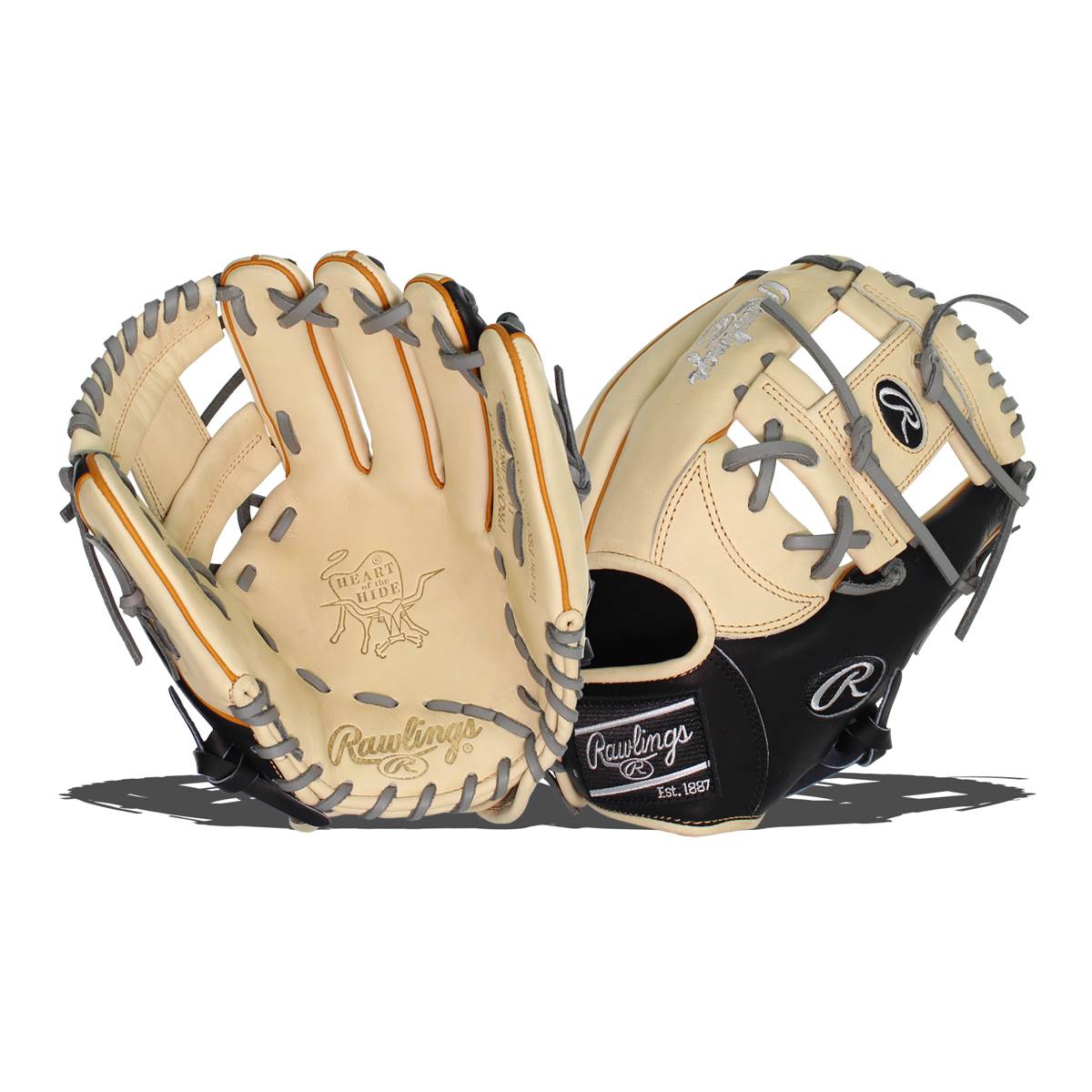 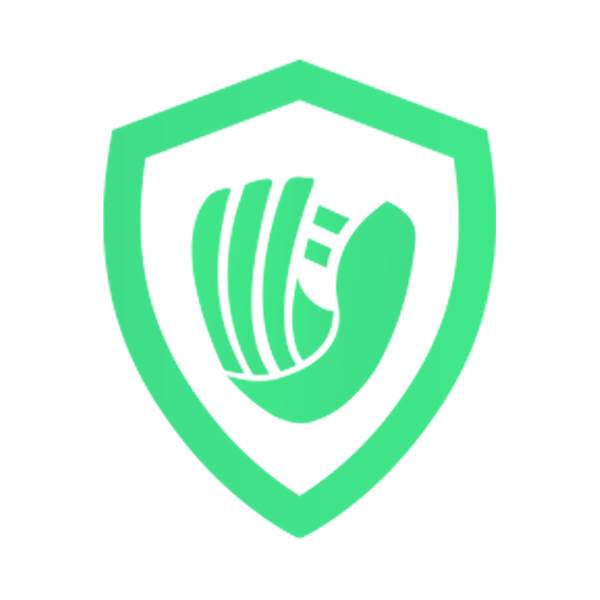 Would you like to add Glove Assurance to this glove?

From the product page or cart, select the Glove Assurance Program for each glove you would like to purchase and complete your order.

Take the next 100 days to break-in, play catch, and even use in a game to determine if it really is the right glove for you.

If it's not, simply send it back to us with the provided UPS shipping label and receive a FULL REFUND for the price of the glove.

This is where it gets fun! If you love your new glove, keep playing with it and we’ll send you a promotional credit equal to the amount you paid for Glove Assurance. You can use this credit towards another glove (or even a bat!) order within the next year.

In under a minute 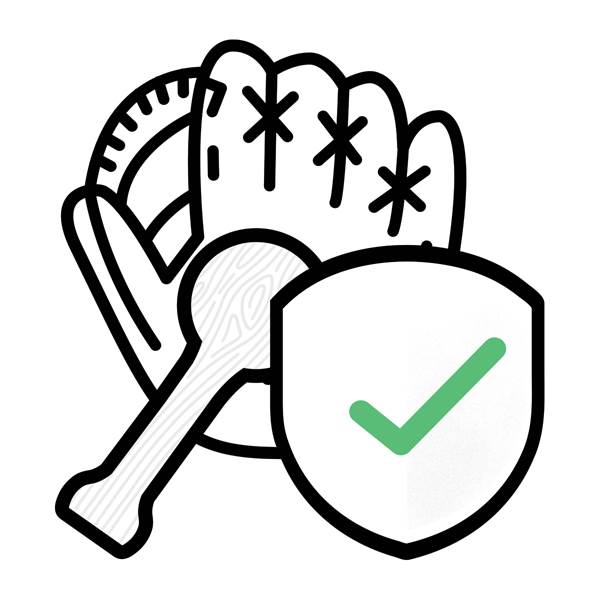 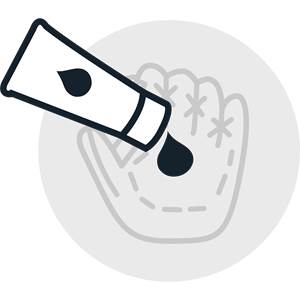 Our team of glove experts begin the prepping process by applying a thin layer of specialized glove conditioner to the outside of your glove. The conditioner activates your glove’s leather by opening the pores. It also serves to protect the integrity of the leather throughout the steaming process. 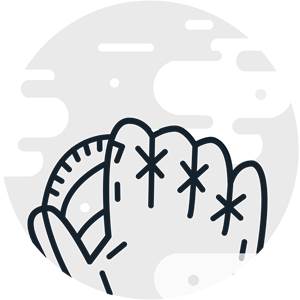 With care, your glove is then placed into a manufacturer-approved steaming chamber and monitored closely. Through the combination of heat, steam, and conditioner, the leather will begin to loosen within a few minutes. Following the steaming process, we re-apply a thin layer of glove conditioner to your glove. Beyond additional protection, this second coating of conditioner allows our glove experts to work with a softer, more malleable leather. 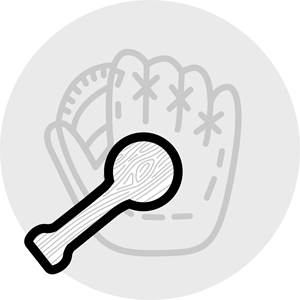 The final step in our glove prepping process takes advantage of the wooden mallet. With a couple mindful swings of the mallet, our glove experts are able to minimize your glove’s critical sticking points to allow for a much swifter break-in period on your end. 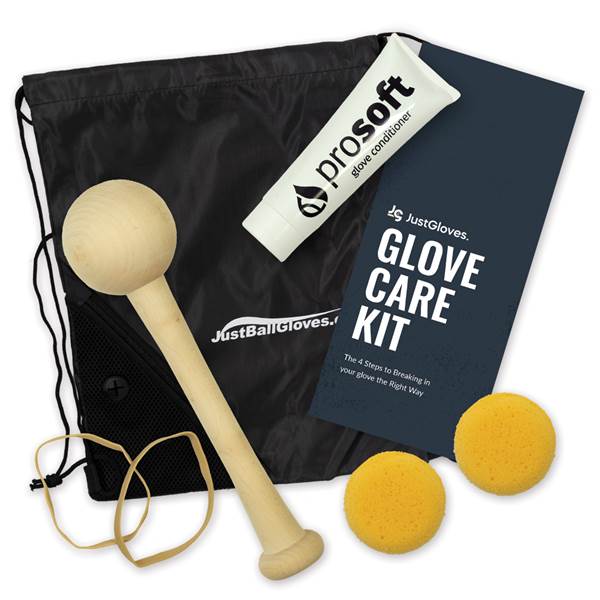 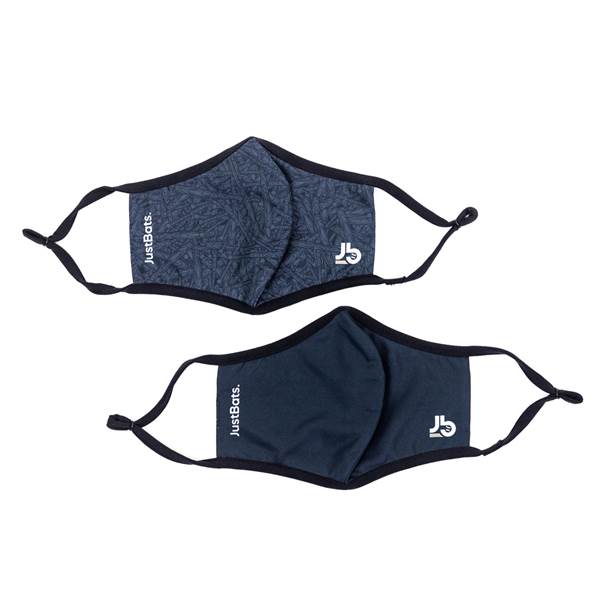 If you're out and about, this JustBats Face Mask can be worn as a face covering! The adjustable ear loop design should make it wearable for just about any adult out there! 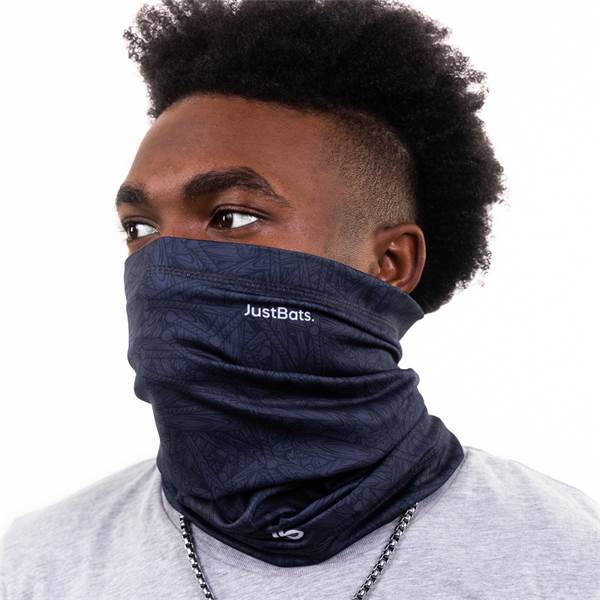 Let everyone see the location from where you buy bats! Wear this double layered and antimicrobial neck gaiter as you're moving throughout town completing your daily activities! 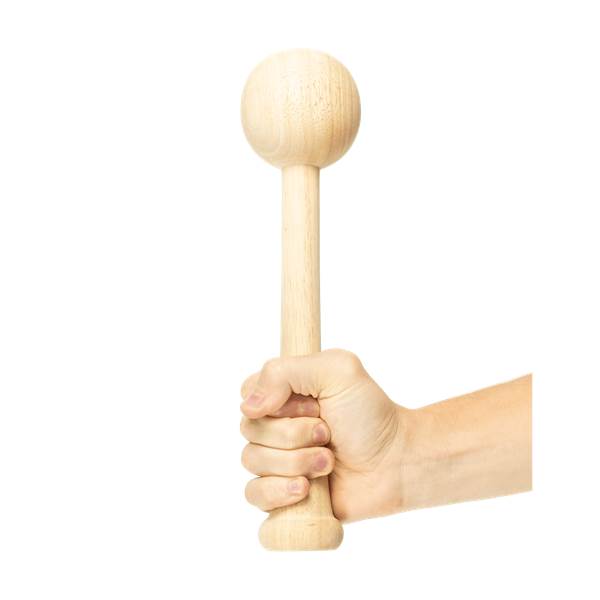 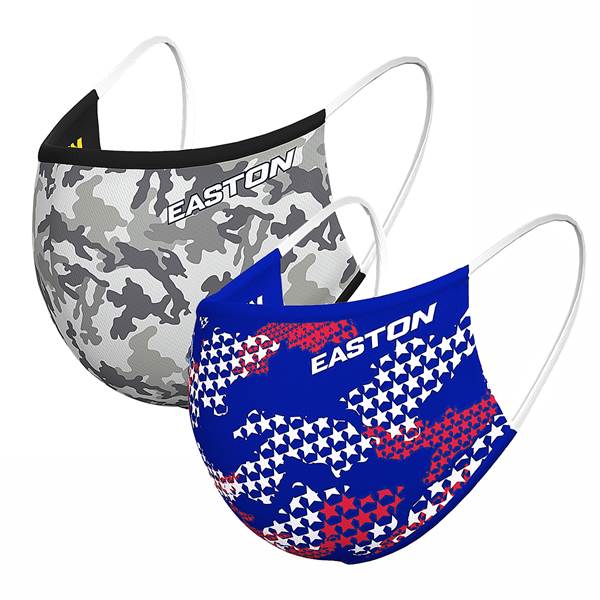 This Easton Reversible Fabric Face Mask is an excellent tool for completing daily activities like visiting the grocery store, supporting your player at the ball field, etc... 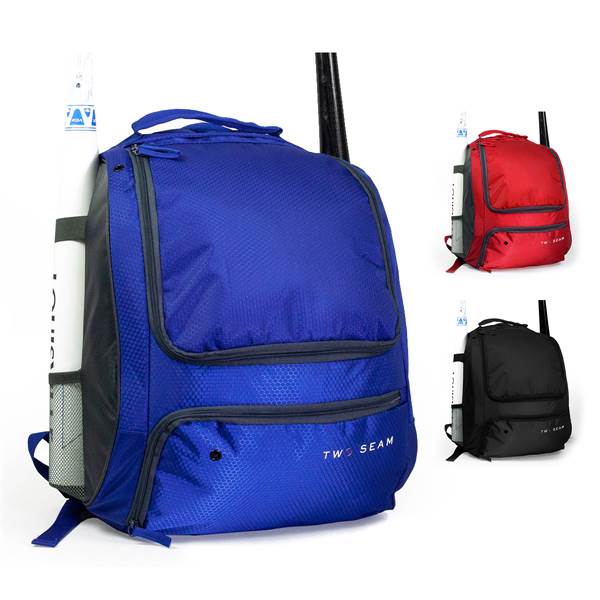 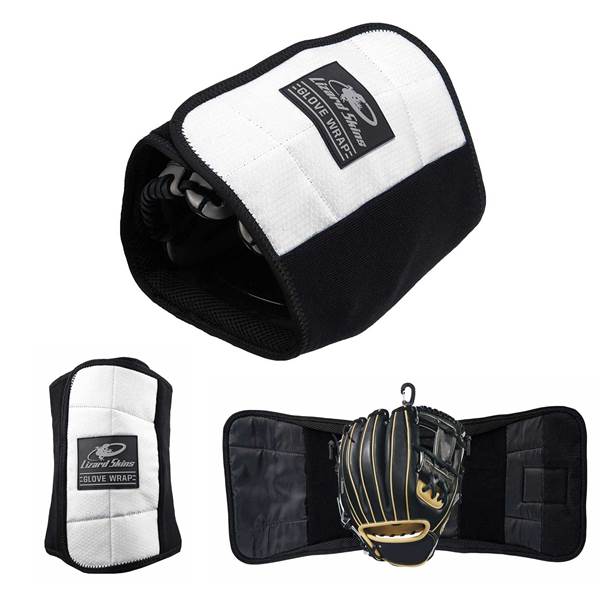